Once sat outside of a cottage next to the River Dee was the Inver Stone - an oval shaped granite stone. 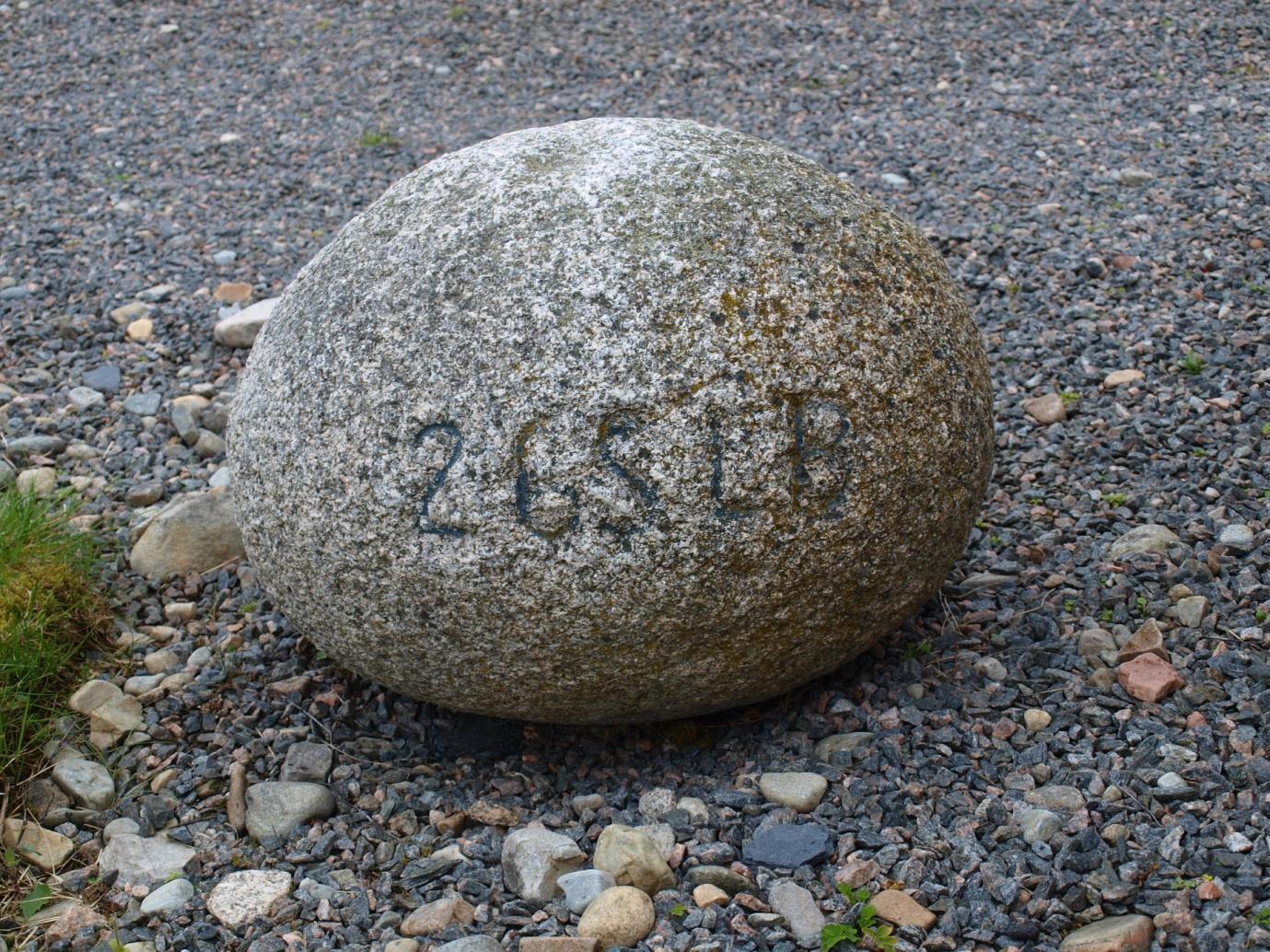 The Inver Stone is arguably one of the most famous lifting stones in the world - rivalled only by the Húsafell stone and the Dinnie stones. ‘265LB’ is carved into its face, which makes it instantly recognisable to those that know its story.

Putting wind beneath the stone is enough to secure a successful lift. However, there are several records of people pressing the stone above their head. Bill Kazmaier, three time World’s Strongest man, is the most well known athlete to have pressed the stone above his head.

Like other traditional stones - the ‘five stages’ of lifts are often attempted with this stone.

After the stone was relocated to the Braemar Highland Games Centre, a barrel was placed outside especially for the Inver Stone to replicate the challenge of placing the stone onto a wall. 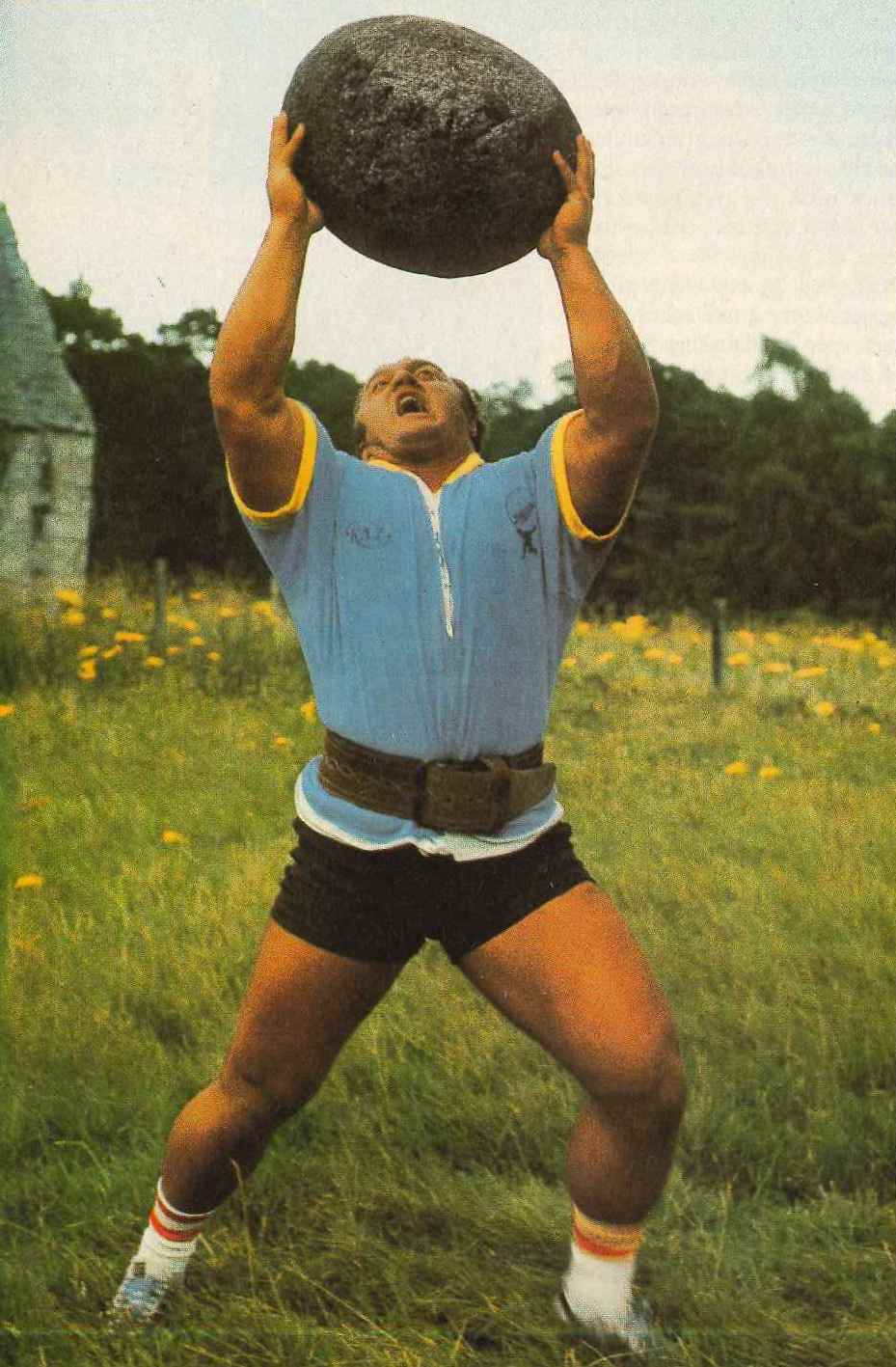 Contrary to popular belief the Inver Stone was not carried to the Inver Hotel bar by Bill Kazmaier.

After your attempt you are invited to sign the Inver guest book, recording the history of lift attempts.

The Inver stone has a long history, and may have been used as a clan lifting stone before 1715. It’s believed that the Inver stone used as a weight measure for around 60 years. June Richards started the guest book in 2005, and was the keeper of the stone for over 40 years until she sadly passed away in 2020.

The stone’s history dates back to the 17th century where men would lift the stone in ad-hoc competition at the Inn, just to entertain themselves. Likely during their travels as they passed through Inver village.

Then, from the mid 18th to the early 19th century the stone was a weight for measuring corn and wheat. Explaining the unique engraving on the stone’s face which displays the weight.

After falling out of use as a measuring weight, it was once again used as a lifting stone - though it might not have been lifted often. It was sat outside of Inver Cottage from the early 20th century until 2021.

The Inver Stone was used in a competition in Glasgow in 1963, influencing the creation of the McGlashen stones. Athletes would lift these four stone balls onto whisky barrels in successive weights. The McGlashen stones eventually became an event at World’s Strongest Man in 1986 - this time featuring a fifth stone. Over time the McGlashen stones were replaced with concrete stones, evolving into the Atlas Stone event that the sport is famous for.

The 1963 competition in Glasgow, featuring the Inver Stone

The Inver stone’s influence in Strongman doesn’t stop there. At the 2020 Arnold Strongman Classic, the stones used in the ’Trial by Stone’ event were directly inspired by the Inver stone. Down to the shape and weight engravings.

Timeline of the Inver Stone (adapted from Peter Martin’s research)

The Inver stone moved to a new location in July 2021. It is now located at Braemar, cared for by the highland games committee. If you want to lift the stone please contact the Braemar Highland Games Centre. 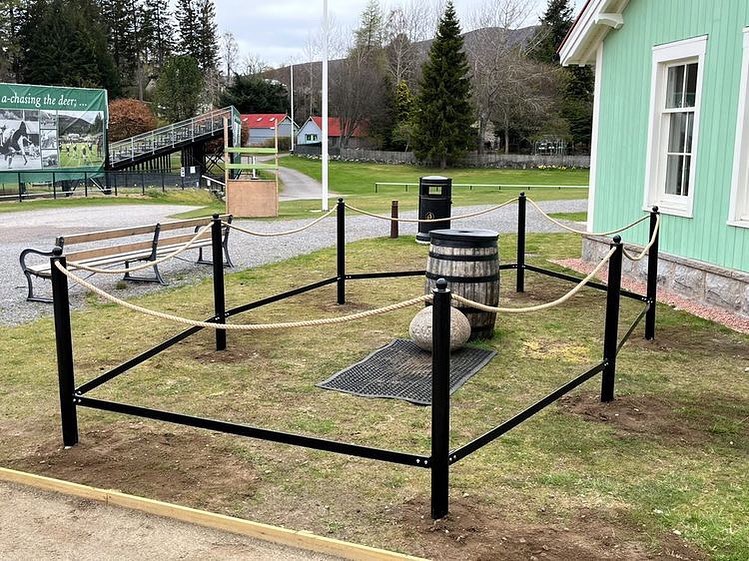 Braemar Highland Games centre with the stone sitting outside.

The Inver stone seems to have influenced the stones used at the 2020 Arnold Stronman Classic in the ‘Trial by Stone’ event. Athletes had to press the first two stones, and lift the second two stones onto barrels.

The stones are all roughly the same shape as the Inver stone, each is engraved with its weight. The 275lb stone is remarkably similar.

These Rogue replica Inver stones were also used at the 2021 Rogue Invitational in the ‘Stones over hitching post’ event.

A huge thanks to John Gibb for giving us permission to use his photo of the Inver Stone at Braemar.