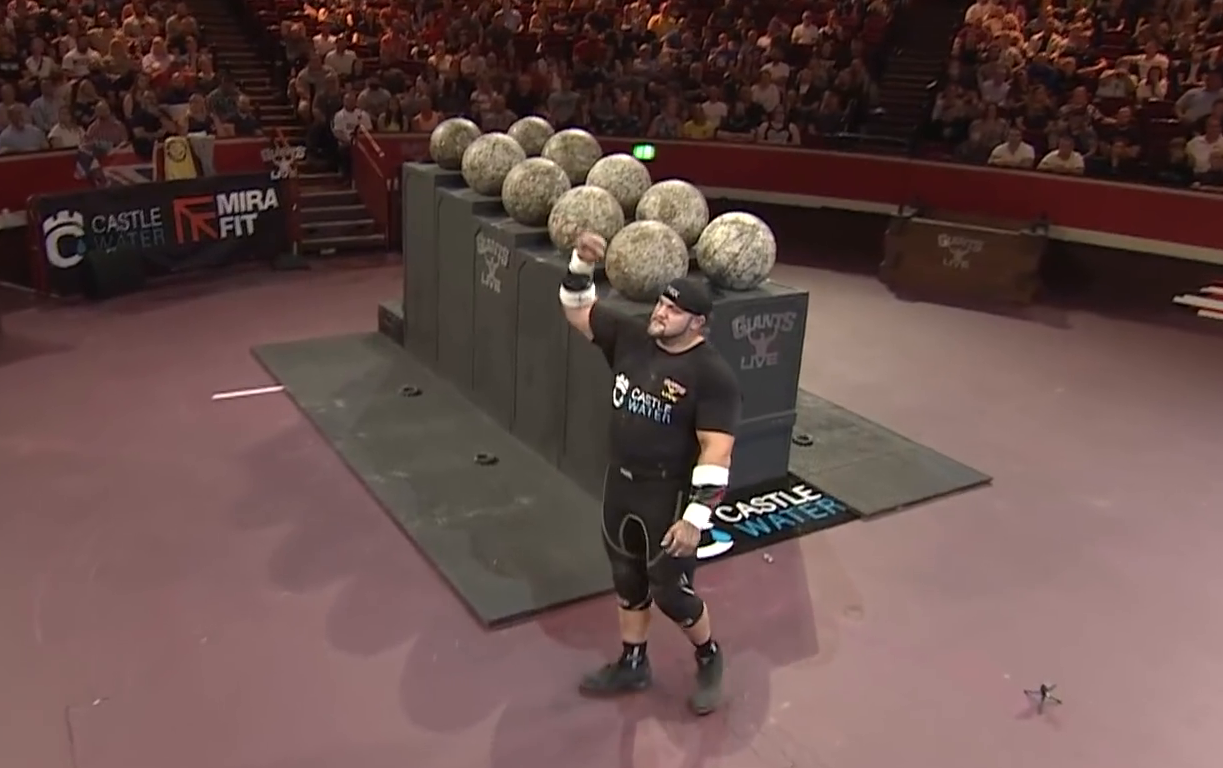 The Castle Stones are a set of Atlas Stones used at Giants Live Strongman competitions. Castle Water sponsors this Atlas Stone run which is where the name Castle Stones comes from. They started sponsoring the event at the start of the 2020 season.

Other than the name, the Castle Stones event is simply an Atlas Stone run.

The winner is the athlete that lifts all 5 stones in the fastest time. Athletes have 60 seconds to lift the stones. The time is recorded for each successfully loaded stone. This means athletes can be placed even if they fail to lift all 5 stones.

There are two different ‘sets’ of stones used. The ‘light’ set and the ‘heavy’ set.

Separate records are held for the light and heavy sets.

Tom Stoltman holds the record for the fastest light-set Castle Stone run at 16.01 seconds, which he achieved at Britain’s Strongest Man 2020. He beat the previous record held by Mateusz Kieliszkowski by .06 seconds.

Hafþór’s record was set before Castle Water sponsored the event. But they are the same set of stones.