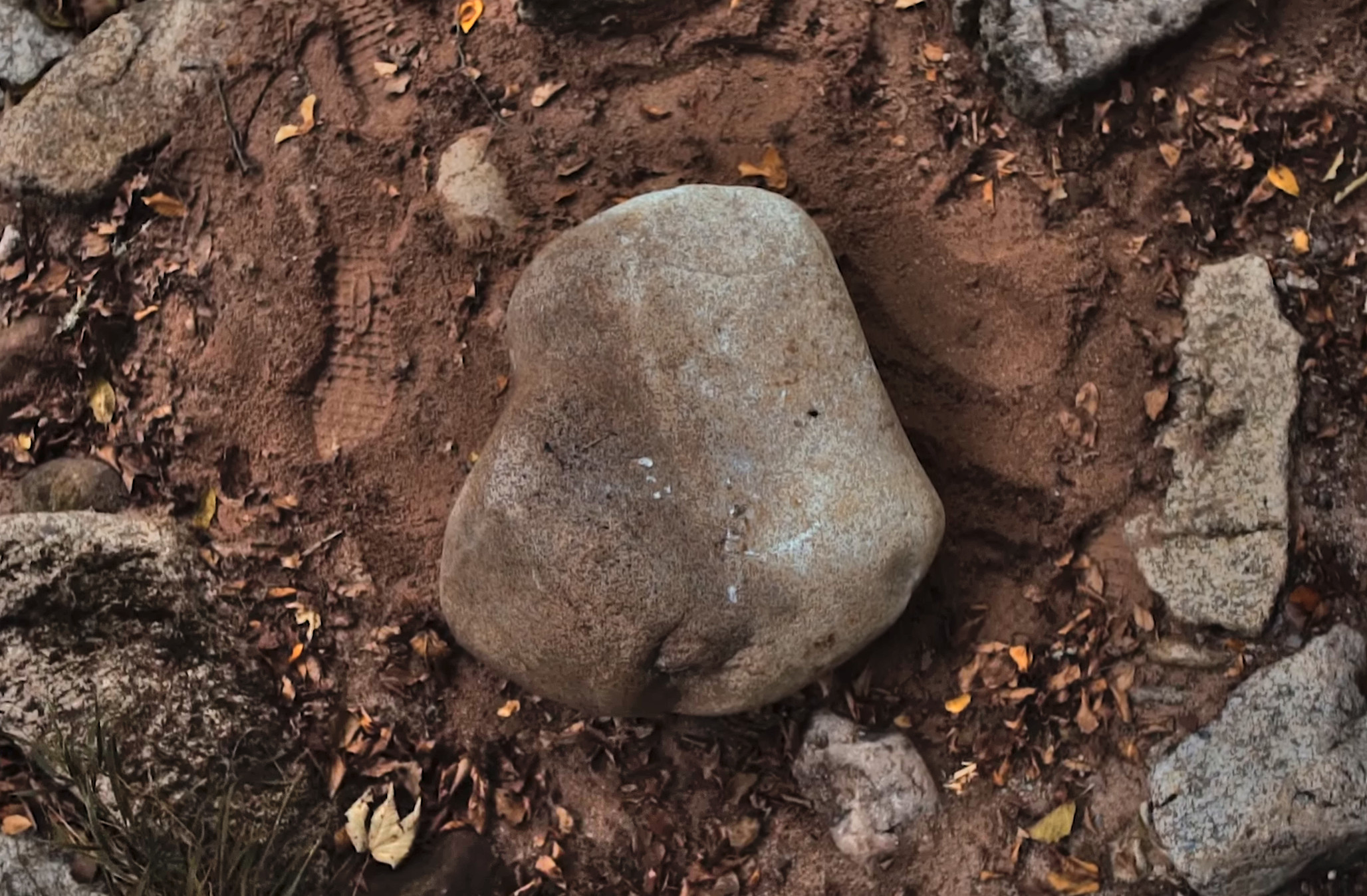 The Stone of Thor - one of the Legend Stones

The Legend stones are a group of 7 lifting stones in Germany.

Dennis Kohlruss (Germany’s Strongest Man) started the project in late 2018 - he found multiple stones across the country and created challenges for each of them. Some of the challenges were given difficulty ratings.

When we are no longer here in the future, I want other athletes to go to these stones and lift them

Each stone has a video dedicated to it showing how it’s intended to be lifted, as well as the rune engravings. It’s not uncommon to see lifting stones with engravings, but this is the first time we’ve seen Germanic runes engraved on the faces of stones for identification.

Anyone is welcome to take on the challenges of the Legend Stones. The locations of the stones are on our map. 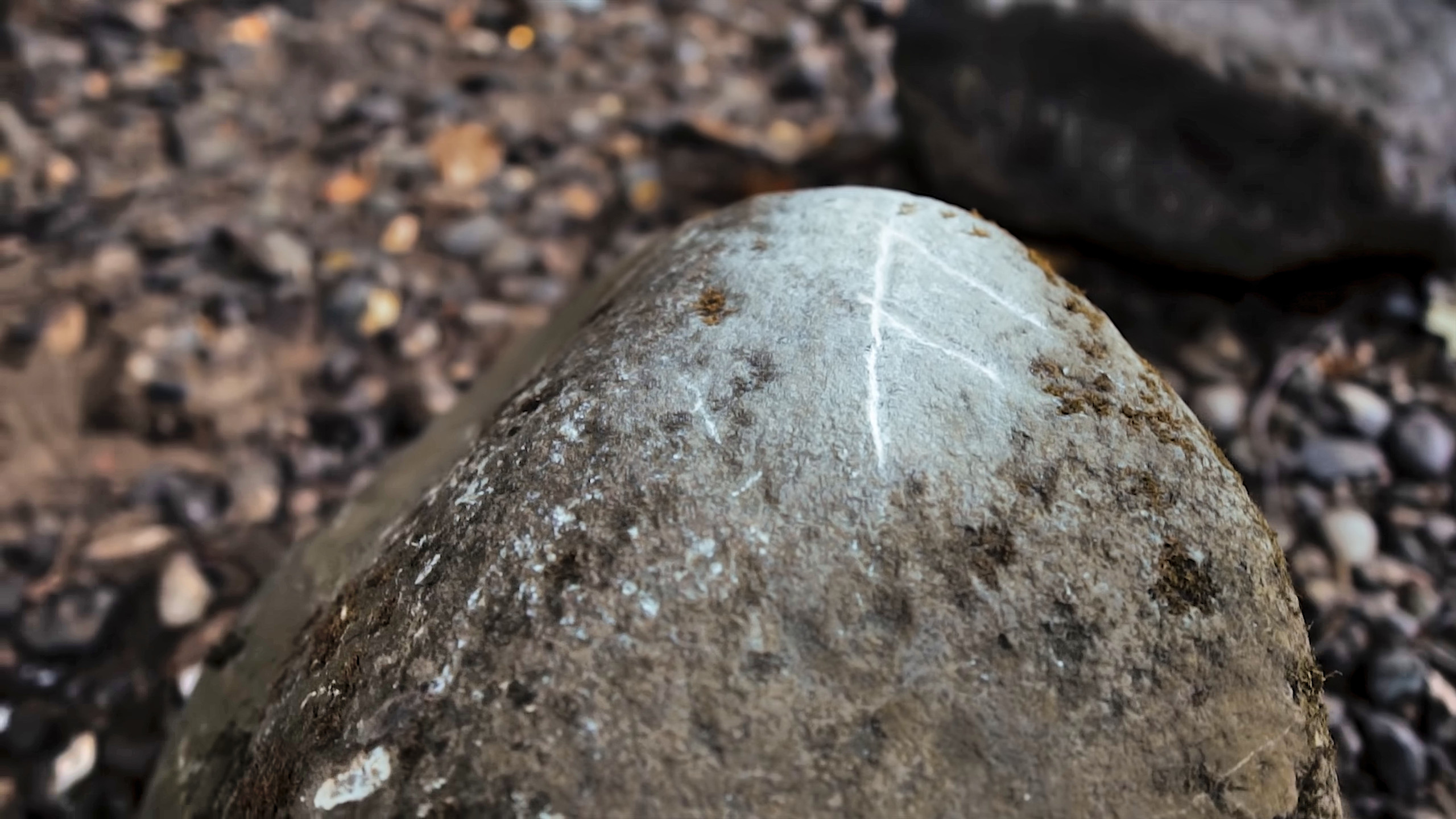 The first Legend Stone to be introduced was the Anzus Stone. It’s located at the Steinbergpark in Berlin and has to be lifted up to the chest. It’s marked with the Ansuz rune (ᚨ).

The location of the Anzus stone is on our map.

The Stone of Thor

The Stone of Thor was the second Legend stone to be introduced. It sits in the Black Forest near Forbach and has to be shouldered. Access to the stone is rocky and downhill, so good shoes are recommended. The stone is marked with the Thurisaz rune (ᚦ)

On another occasion, Dennis and a group of strongmen took on the challenge of the stone showing just how difficult shouldering the stone is.

The location of the stone of Thor is on our map. 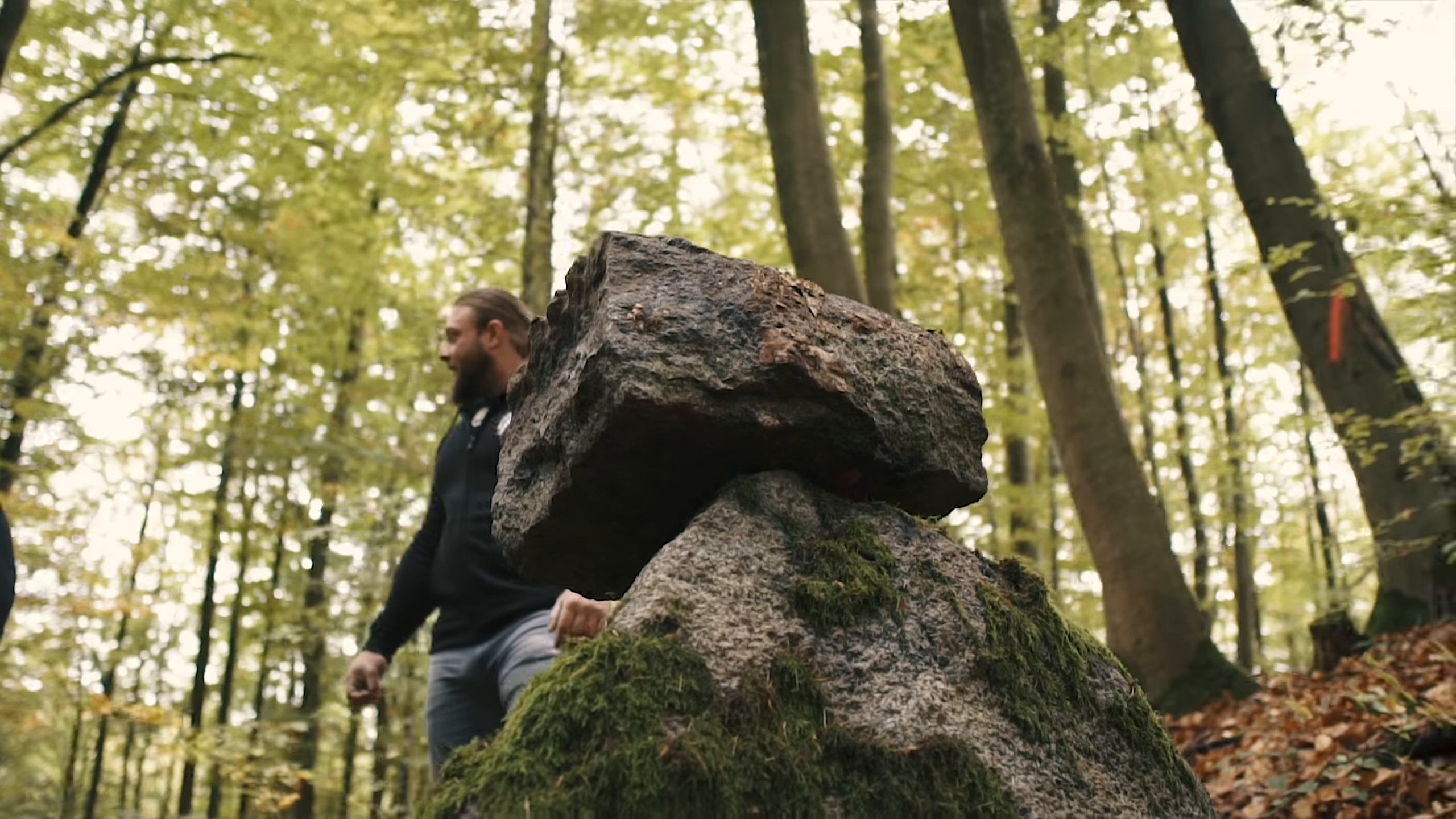 The Jera Stone on its plinth

This third stone is in the Odenwald at the ‘sea of rocks’ so there are plenty of other stones to lift too. The challenge of the Jera Stone is to lift it on to a plinth stone. The stone is marked with the Jera rune (ᛃ)

The location of the Jera stone is on our map. 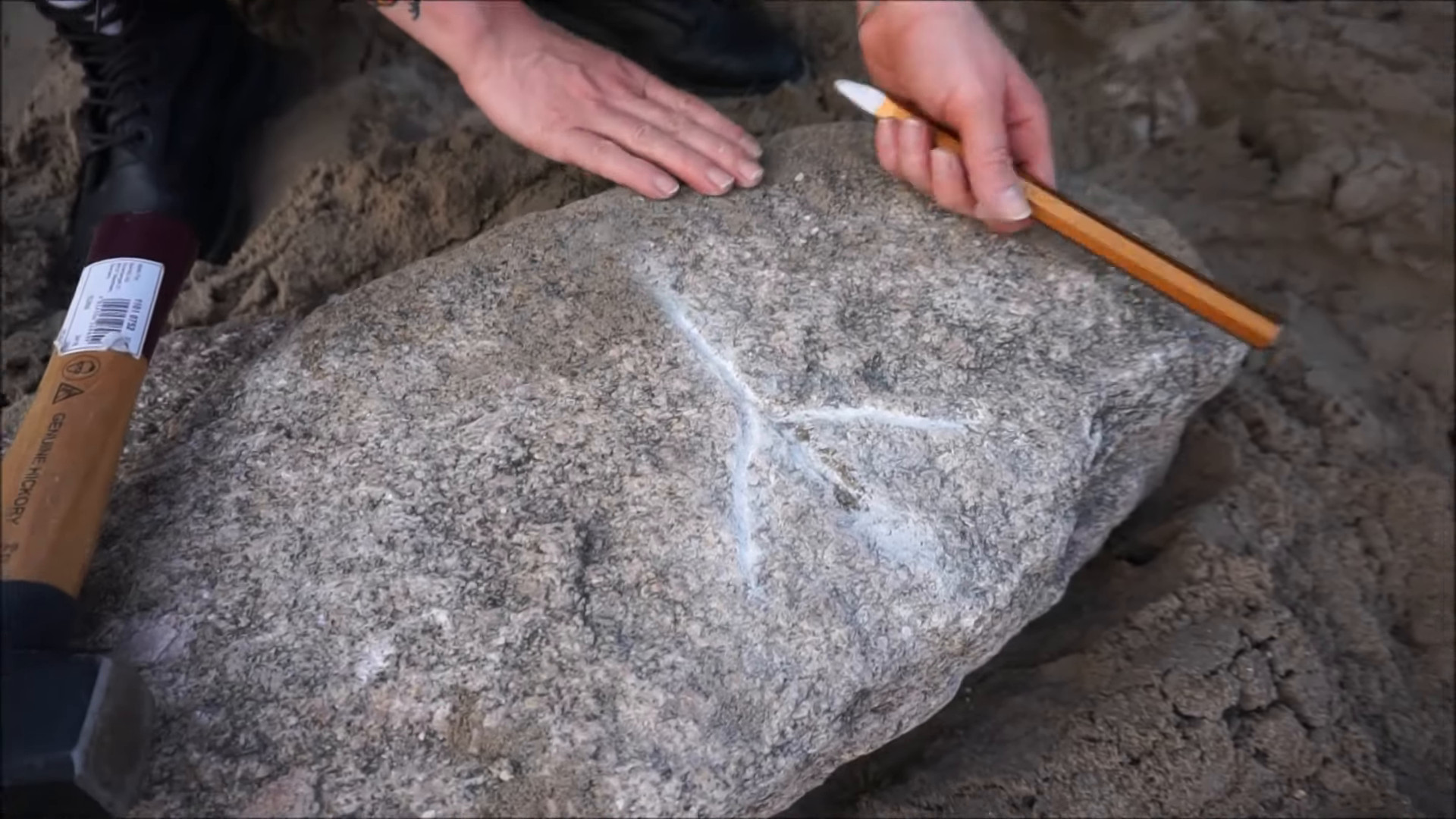 Located in Hamburg at the Elbe. Its challenge is to be pressed overhead. Dennis considers the stone a beginner stone. It weighs ~80-90kg and is engraved with the Algiz rune (ᛉ).

The location of the Algiz stone is on our map.

So far there has only been one stone at each location. However there are actually two Uruz stones. Located near the ‘Devil’s Table’, the first stone has to be lifted on a large rock, whilst the second stone has to be carried around that same rock. Both stones carry the Uruz rune (ᚢ). 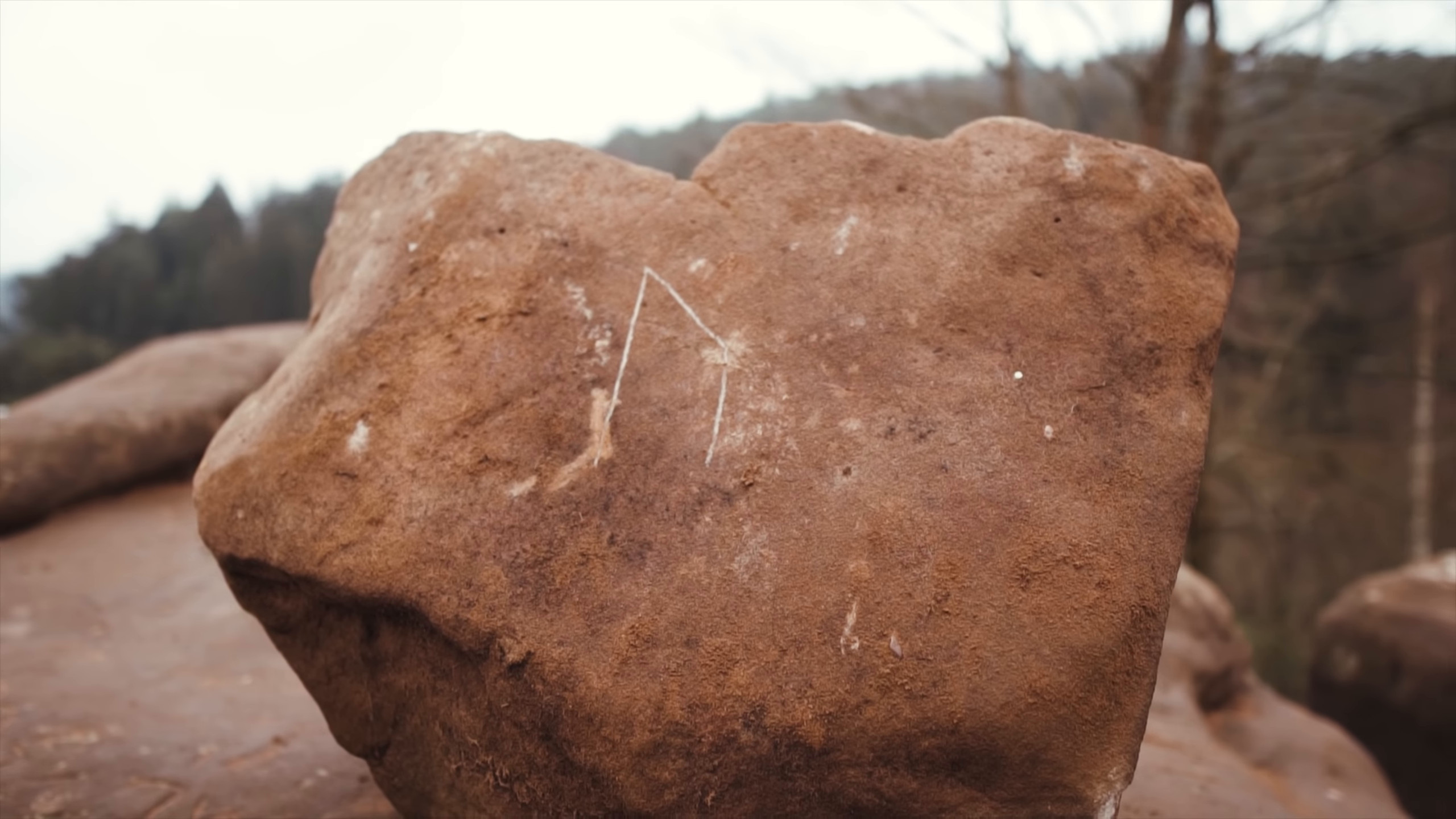 The first Uruz stone - to be lifted to the large rock 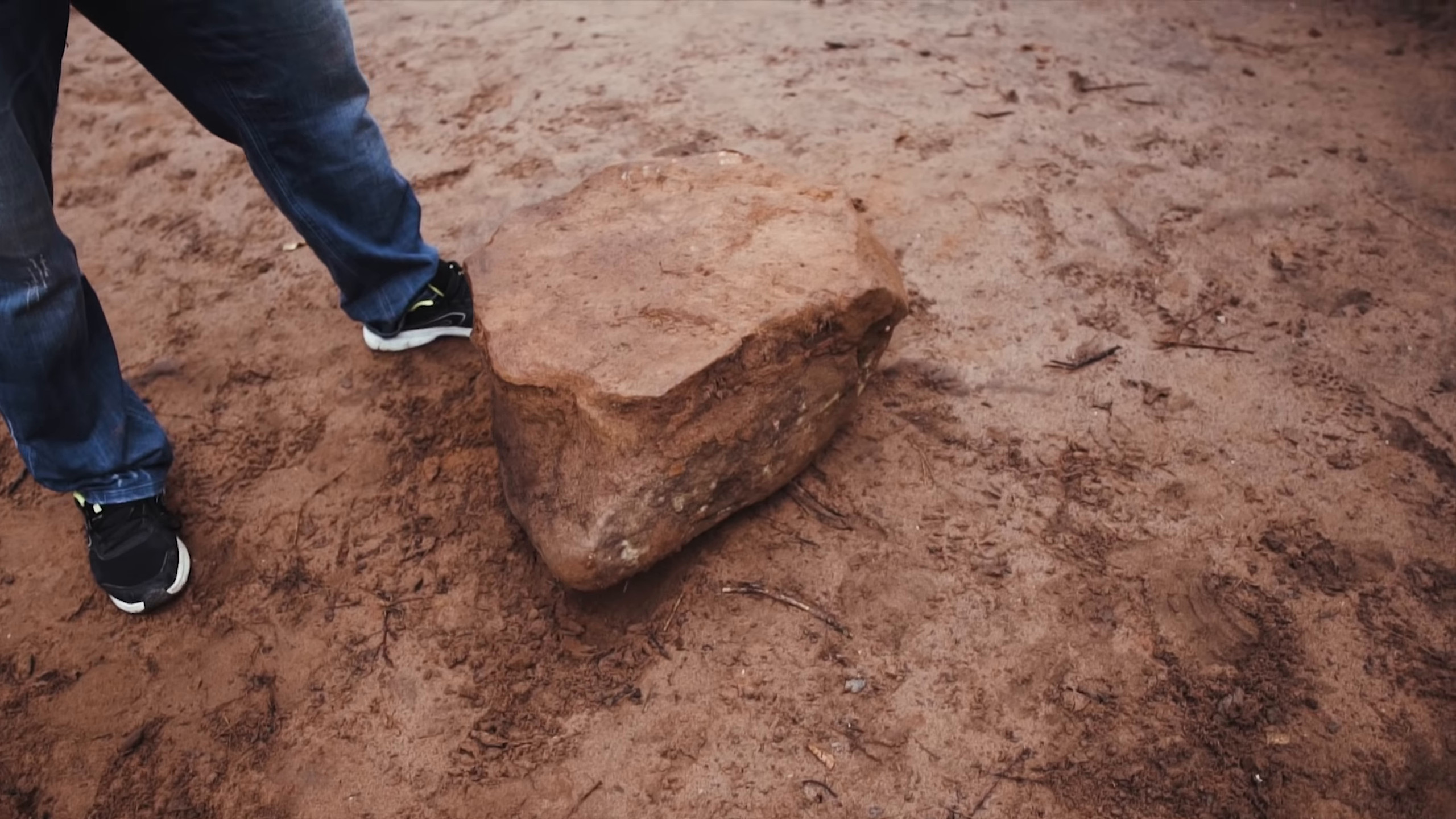 The second Uruz stone - to be carried

The location of the Uruz stones is on our map. 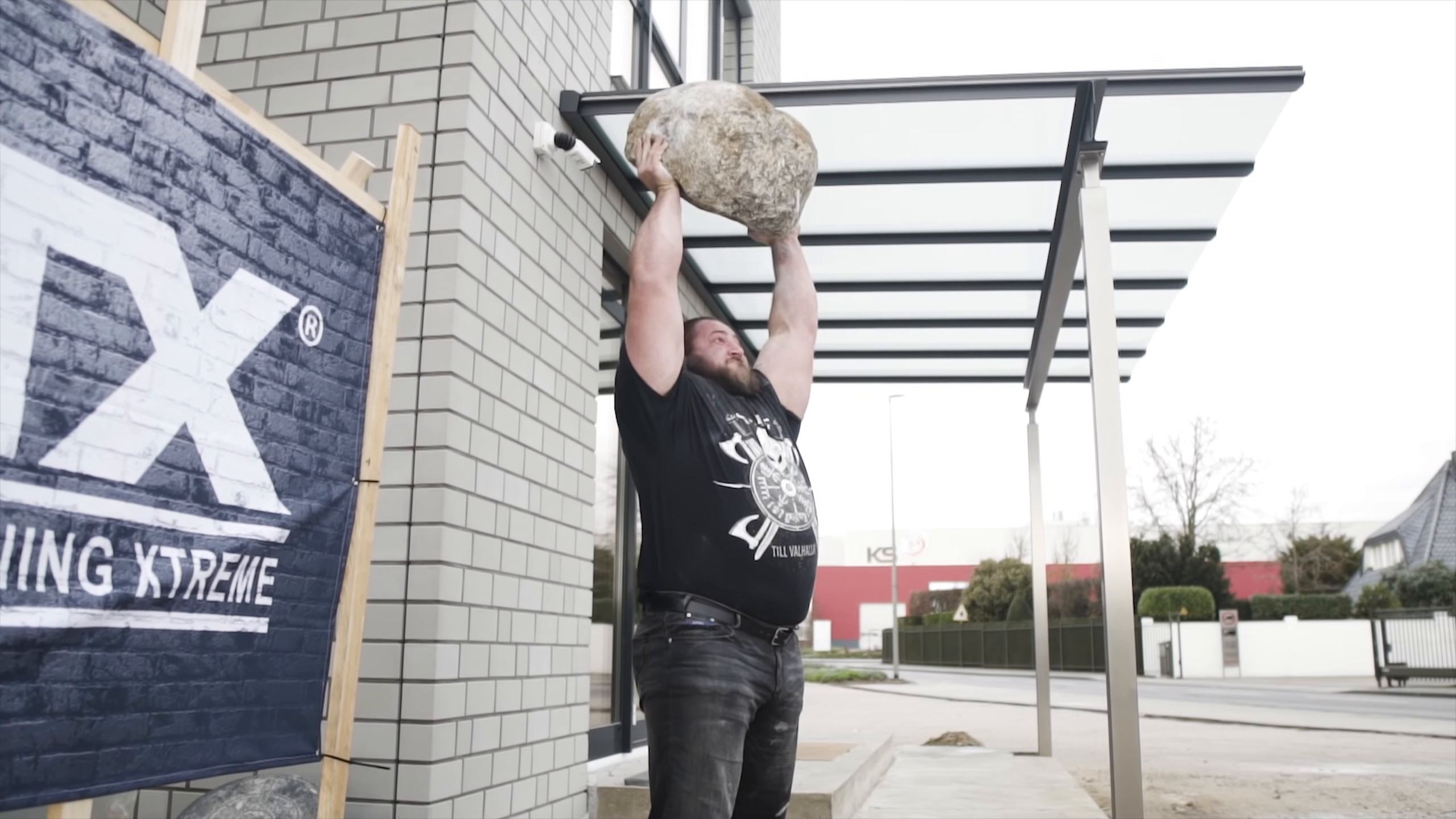 The final Legend Stone is located in the front of the Central ATX/Megafitness-shop in Wassenberg. It’s challenge is to be pressed overhead - which is a difficult feat as it weighs 132kg. This Stone is marked with “ATX“ - rather than a rune - breaking the mold of the other legend stones.

The location of the ATX stone is on our map.

A huge thanks to Paul Swender for collating information about the stones and translating it for us.

Images of the stones are from their corresponding videos from Dennis Kohlruss’ and Tim Wagner’s YouTube channels.